Uzhok Pass is included in the programs of numerous tourist routes. The picturesque area with steep serpentines leaves no one indifferent.

Uzhok Pass – lies on the border of Galicia and Transcarpathia at an altitude of 852 m above sea level, at the watershed of the Vistula, Danube and Dniester basins, near the border with Poland.

The scenic route that runs through the pass covers the landscape area from the village of Turki to Uzhgorod and crosses the Upper Dniester Beskydy with beech and fir-beech forests, the Polonyn ridge with mainly beech forests and the Vygorlat-Hutyn ridge with beech and oak-beech forests.
From here you can enjoy an unparalleled panorama of the Ravka mountain range, 1269 m (Eastern Beskydy) and Ostra, 1408 m (Poloninsky Carpathians). Along the route there are many reserves, monuments of nature and architecture, and the pass itself is part of the Uzhan National Nature Park, which is part of the world’s only tripartite International Biosphere Reserve “Eastern Carpathians”.
Thus, the Uzhochsky Pass is included in the programs of numerous tourist routes. The picturesque area with steep serpentines leaves no one indifferent. 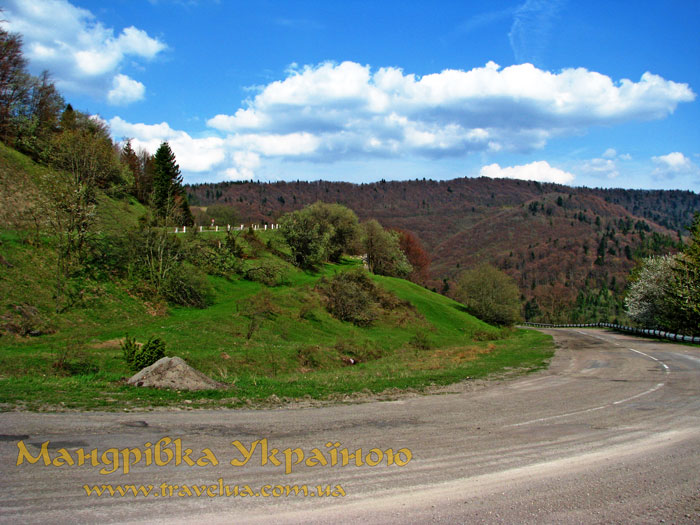 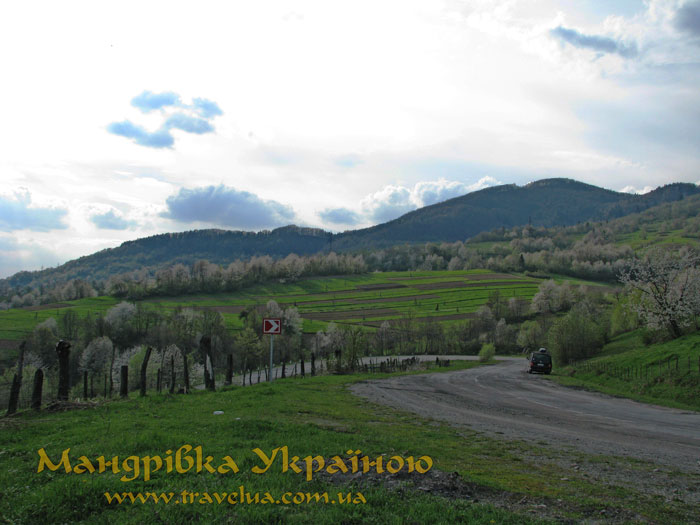 Uzhotsky Pass has a rich history. In the Middle Ages, the trade route from Kievan Rus to the countries of the Danube basin passed here.
Most of the territory around the pass belongs to the lands of the Lemkos – a small ethnic group of Ukrainians who live in the mountains and are distinguished by their original way of life and wooden architecture. In the settlements of Uzhok, Sil, Kostryna, Sukhyi, Gusny preserved unique monuments of wooden architecture – churches of the 17th-18th centuries. 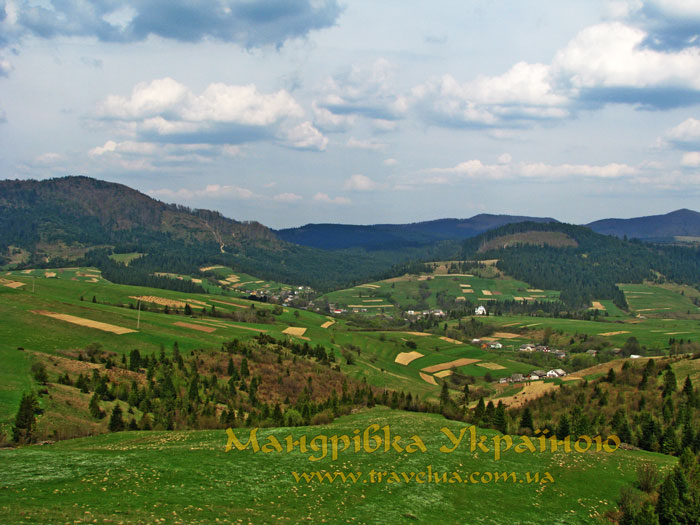 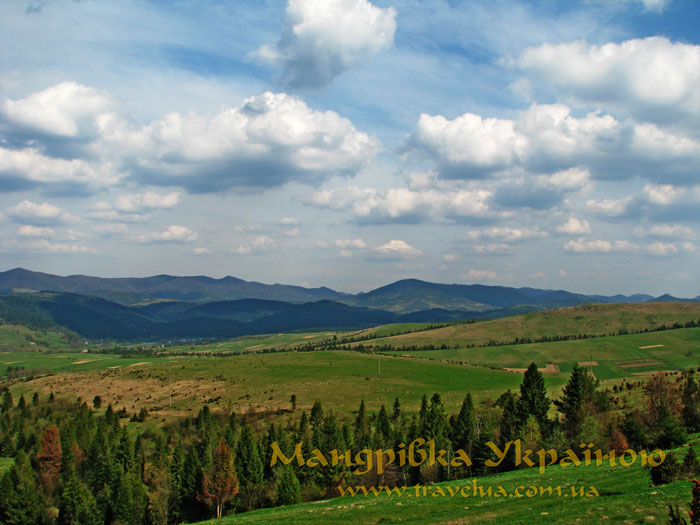 In 1872, the railway line connecting Budapest with Eastern Galicia was put into operation on the pass.
In the 70s – 90s of the 19th century. a railway track was built through the pass Uzhhorod – Velykyy Bereznyy – Uzhhorod – Przemyśl – Lviv. 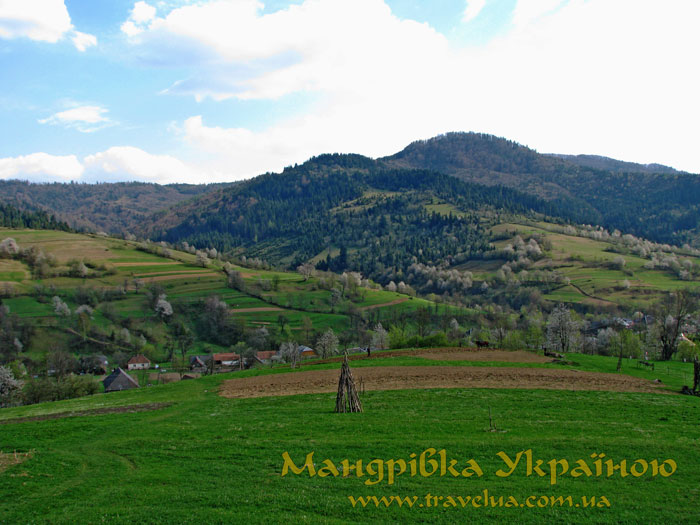 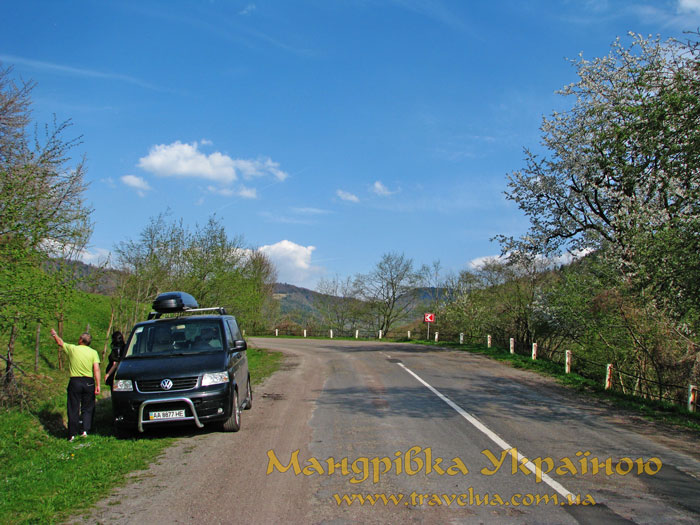 Uzhotsk Pass was the administrative border of Hungary and Galicia as part of Austria-Hungary and became the site of bloody battles during the First World War.
During 1914 – 1915, it was captured several times by Russian troops, but in the end it remained in the hands of the Austro-Hungarian army.
As a reminder of the bloody events of the past, there is a monument in honor of 363 fallen soldiers in the form of a truncated stone pyramid with a cross and tablets in Ukrainian, Hungarian, German and Russian languages: “To the soldiers of the armies of the Russian and Austro-Hungarian empires who died in battle for Uzhotsky Pass during the First World War”.
The monument was consecrated in the fall of 2007. bishop of the Mukachevo and Uzhhorod UOC and priest of the RCC in Ukraine. 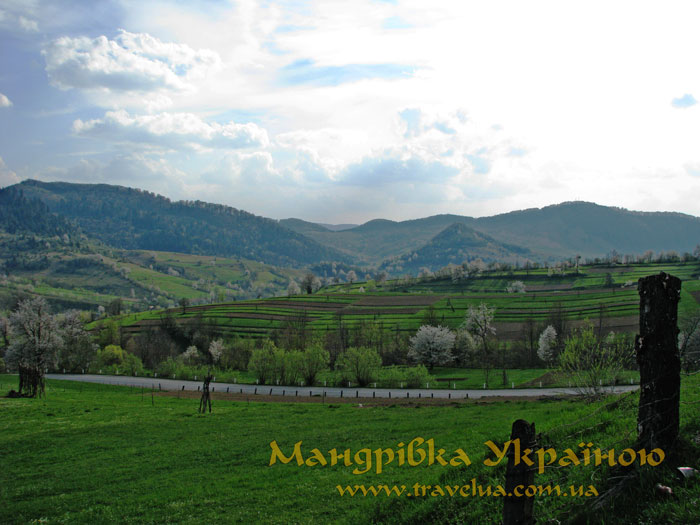 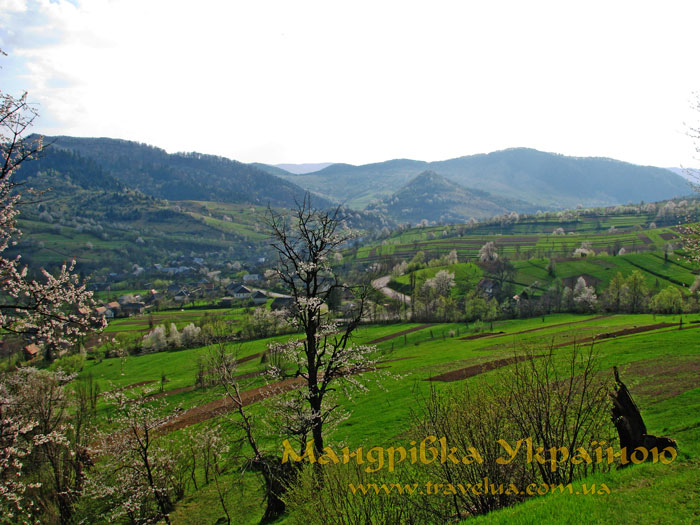 Nearby there is also a military cemetery (1914 – 1918), where soldiers of the two warring armies of the First World War and a memorial sign in honor of the fallen soldiers of the Second World War are buried.
After the First World War, the pass divided the Czechoslovak-Polish border, and after Hungary seized the territory of present-day Transcarpathia in March 1939, a new Hungarian-Polish border was established here. From September 1939 to June 1941, the pass separated the Hungarian-Soviet border. 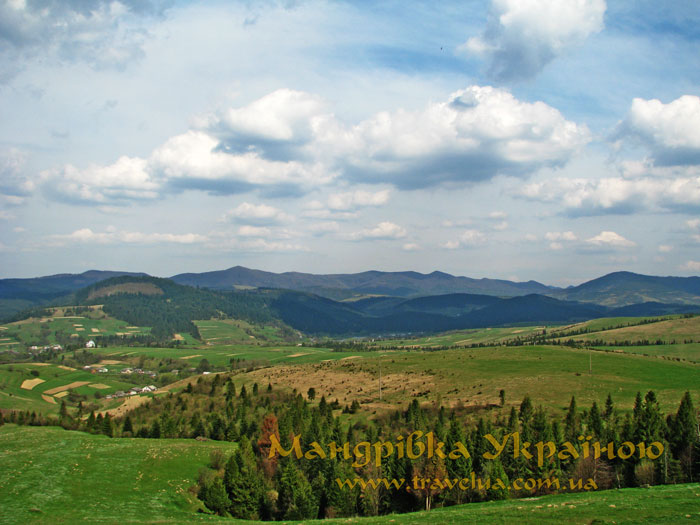 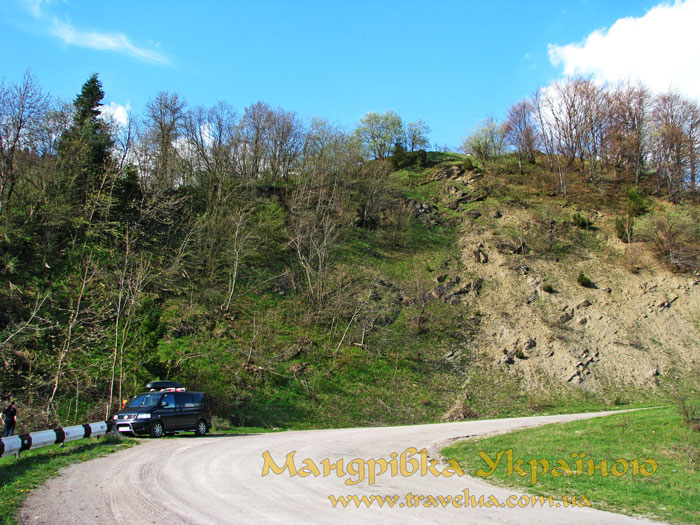 During the Second World War in 1943 – 1944, Hungarian and German troops built the so-called “Arpad Line” in the Eastern Carpathians, which consisted of many kilometers of trenches on the slopes, concrete and wood-earthen bunkers. In general, the defense line stretched for almost 600 km, but it was not continuous and consisted of separate defense nodes. Fragments of fortifications and trenches have survived to this day. 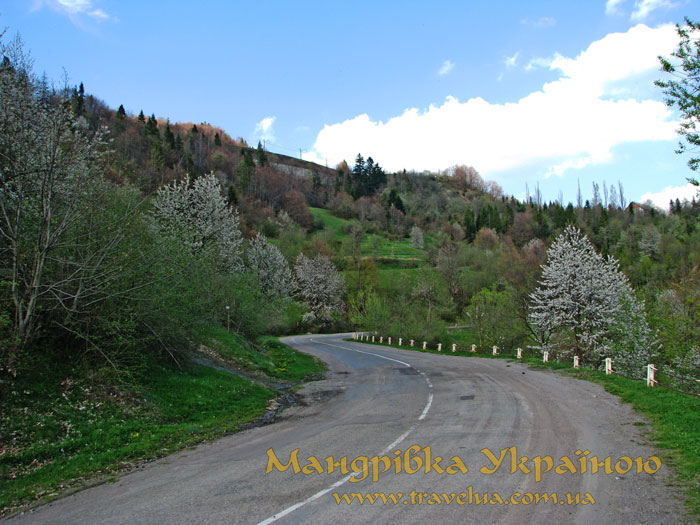 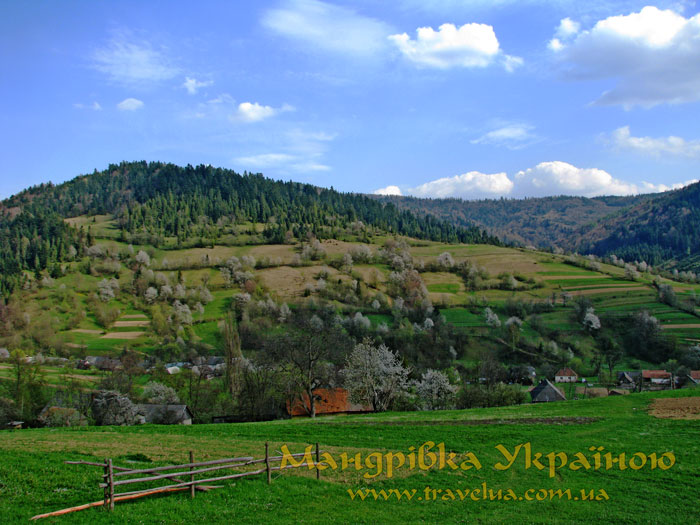 After Transcarpathia joined the Soviet Union, the pass became the administrative border of Lviv region and Transcarpathian regions.
Today, Uzhok pass is an important highway not only for road, but also for railway transport. 14 railway tunnels have been laid here. 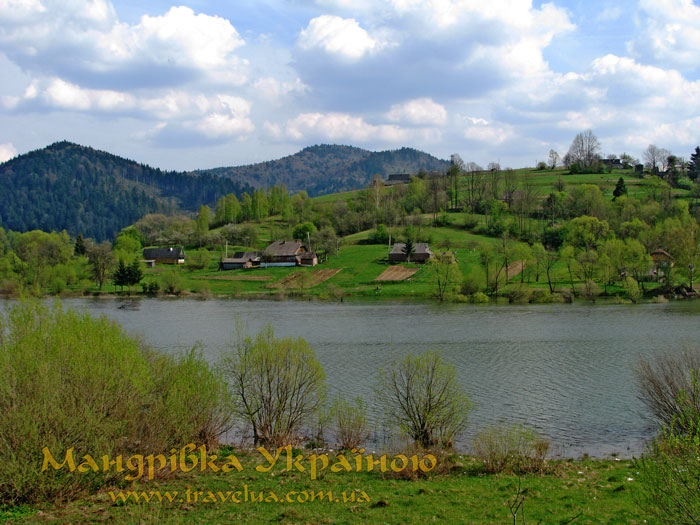 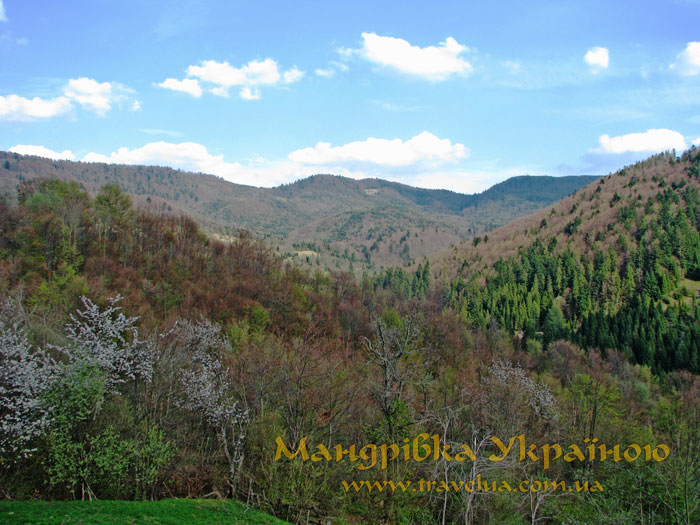 The railway runs along the San for about 15 km, then crosses the San ridge through a tunnel and exits into the Strya basin (the right tributary of the Dniester).
The highway from Uzhok Pass first goes in a northerly direction almost along the line of the Main European Watershed, and then descends into the Strya valley. When you zoom out of the map, you can see more offers. Hover over the rectangle with the price for
to see information about the accommodation, or click to go to booking.