Galata Tower is one of the symbols of Istanbul. Cost, how to get there, working hours.

Galata Tower (tour. Galata Kulesi, English Galata Tower) is a medieval tower in the historical part of Istanbul on the European side on a high hill of Galata district in Beyoglu district, near the pedestrian Istiklal street. Galata Tower is one of the symbols of Istanbul. The height of which is 61 meters with an inner diameter of 9 meters and the thickness of the walls – 3.75 meters. The history of the tower dates back to 1341, when the Genoese captured this area from the Byzantines and began to build it around the wall, and a tower was built on the top of the hill. Then she served more as a beacon for sailors, merchants and was called “Christ’s Tower”.
The tower received its current name during the reign of Sultan Mehmed the Conqueror, who reduced the height of the tower by 6.8 meters, removing the dome. And in 1574, during the reign of Sultan Murad III, the tower was used as an observatory. 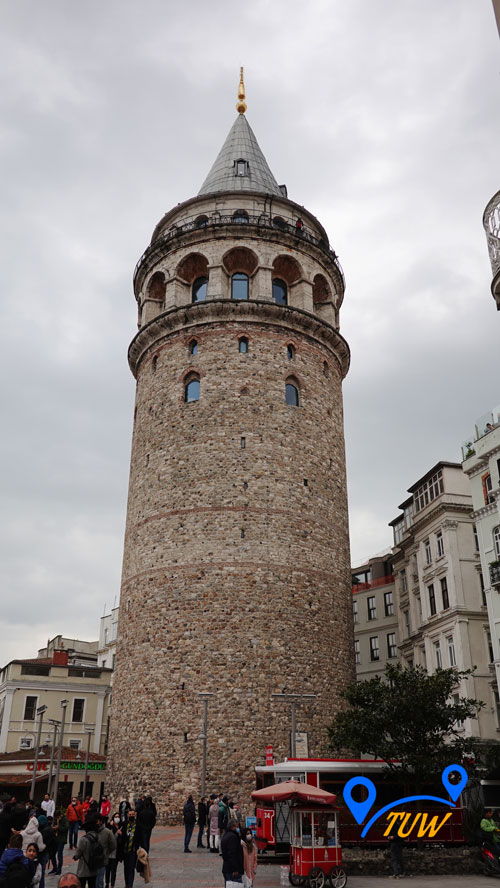 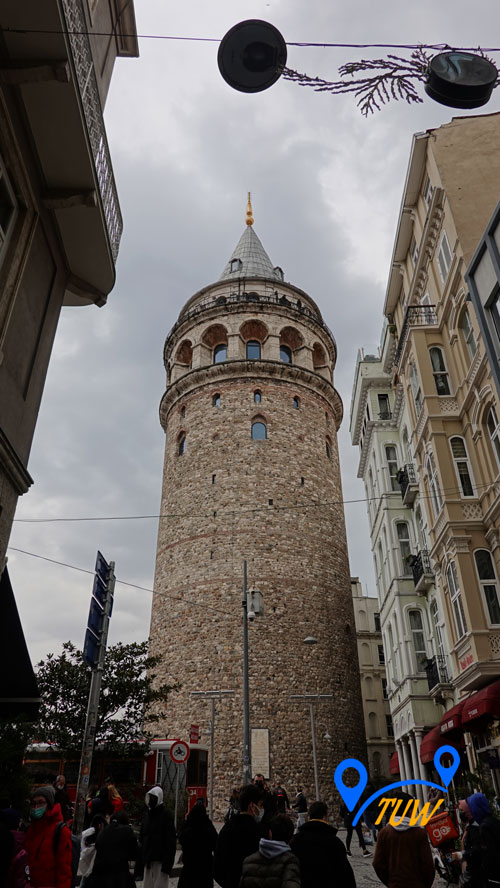 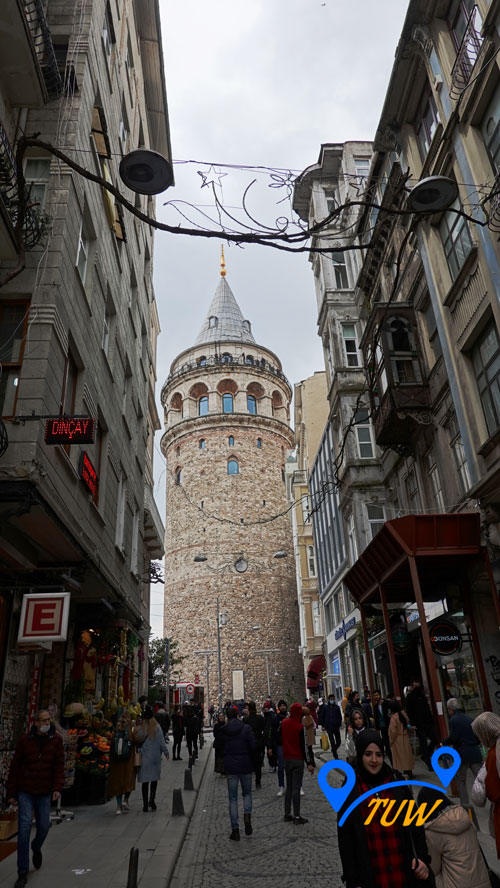 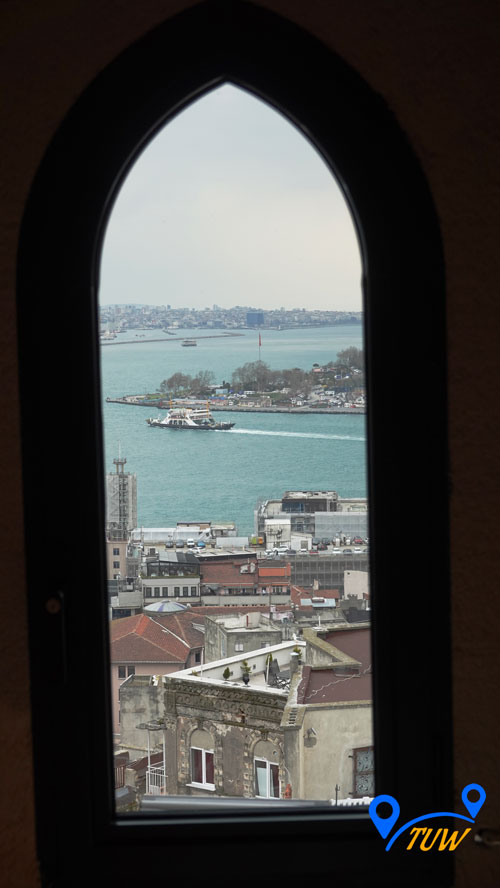 The tower is also notable for the fact that the first flight in history was made from it in 1632. the tower became the starting point for one of the very first flights in history. A scientist named Hezarfen Ahmet Chelebi is said to have jumped off the tower on makeshift wings, flew over the Bosphorus and landed safely in the Asian side of the city. 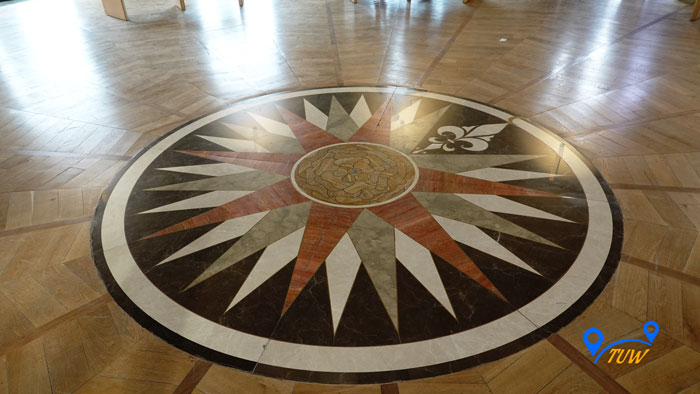 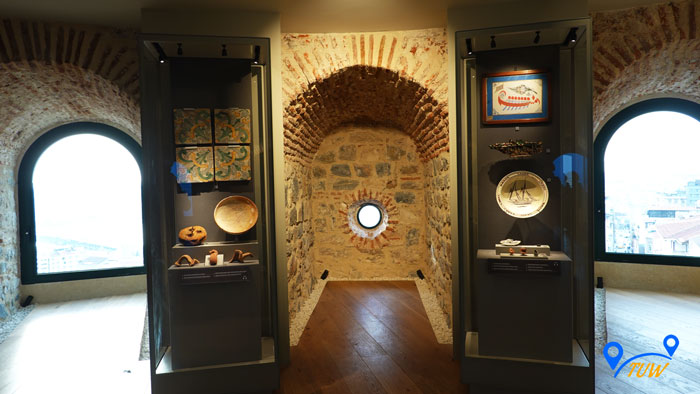 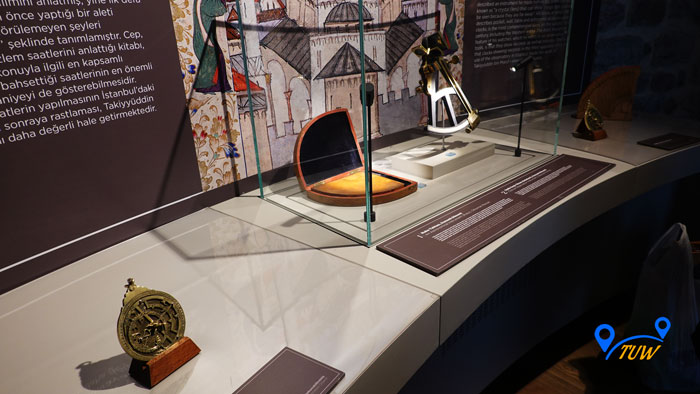 In 1967, the Galata Tower was restored, at the same time a conical dome was built, and a little later two elevators were installed.
In 2020, the tower was transferred to the Turkish Ministry of Tourism and closed, and after restoration it reopened as a full-fledged museum with an open observation deck on the 8th floor, already without a restaurant. 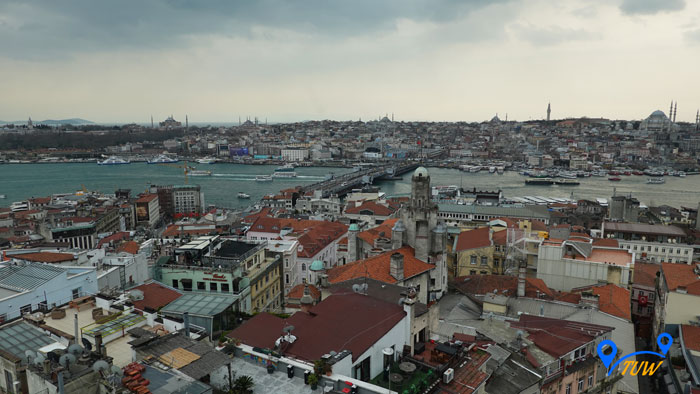 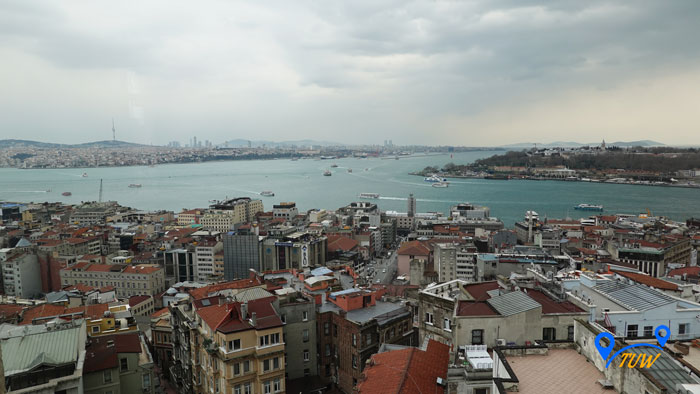 We definitely recommend everyone to visit the Galata Tower and climb to the very last floor, where you can see incredible panoramas of the old city. 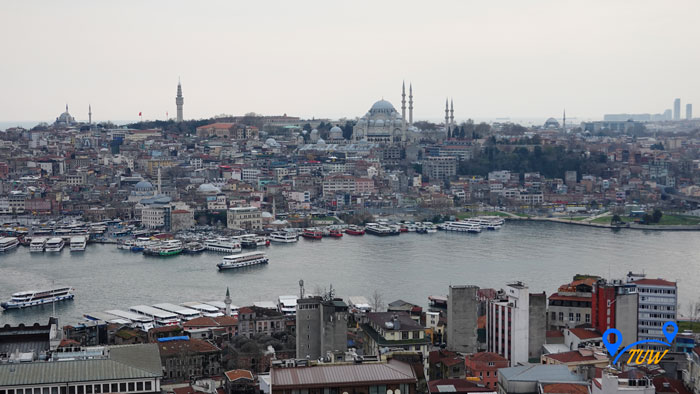 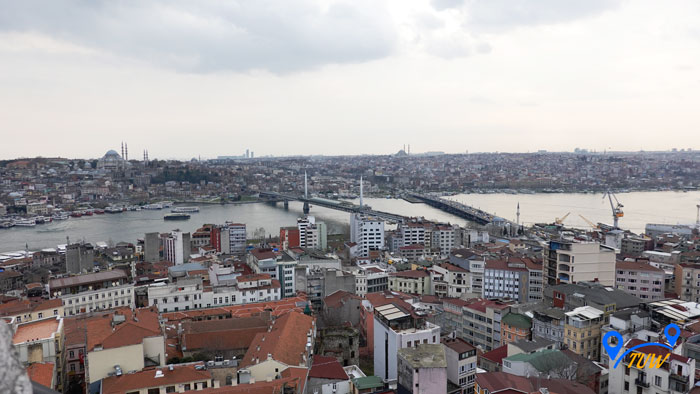 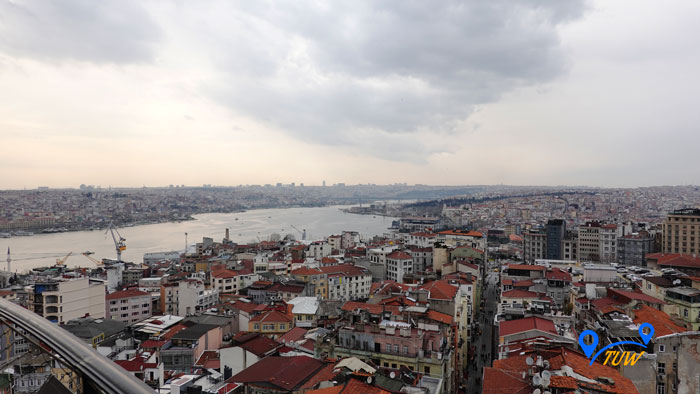 Where to stay near Galata Tower

The cost of visiting the Galata Tower is 30 liras. You can pay by card.

You can book a tour of Istanbul with a visit to the Galata Tower.

How to get to Galata Tower
The easiest one for those who settled in the area of ​​Taksim Square, then you can walk to the tower by walking along Istiklal Street or take an old red tram along it from one side of the street to the other and walk to the Tower itself.
And from the Sultanahmet area, you need to take the T1 tram to the Karakoy stop, the landmark is right behind the Galata bridge, and then either walk uphill or climb the funicular (T2). Payment for Istanbul cards is 3.5 liras. We visited the Galata Tower as part of our daytime route in the Karakoy area.
If you are not afraid to enjoy the city on foot, then you can repeat our route.
So by bus or tram you can get to the Kabataş stop, in our case it was bus 62/63, but you can also take the T1 tram. We visited the Fantastic Palace Dolmabahce, anyone interested can see our report here. And then we walked up to Istiklal Street on foot. It may seem that it is difficult to climb, but it was normal for us, we stopped a lot near various interesting objects, so we calmly walked around and took pictures, reached Istiklal Street, and already along it, we reached the tower itself. From the tower we went in the direction of the Galata Bridge, and already across the bridge we returned to the shore we needed. In any case, be sure to walk along the streets adjacent to the Galata Tower, there are many cafes, souvenir shops, many shops for tools, cool clothes and shoes.

Services we use when planning a trip: