Kyiv bridges across the Dnieper river.

The first bridge across the Dnieper was built in 1853, the so-called Chain Bridge. The beginning of the construction of a metal railway bridge was started in 1870 under the leadership of a military engineer A. E. Struve – the Darnitsky bridge on a caisson foundation. The second railway bridge, called. Patona Bridge
Podolsky or Petrovsky was built in 1929. In the area of the current Paton bridge, there was also the Navodnitsky pontoon bridge, which gave the name to Staronavodnitskaya and Novonavodnitskaya streets. During the Great Patriotic War, all bridges across the Dnieper were destroyed. After the liberation of Kyiv (6.11.1943), temporary wooden bridges were built. It was put into operation in 1953. Metal, all-welded, beam construction, on a caisson base. Length – 1543m, consists of 26 spans. The width of the carriageway is 21m. It got its name in honor of Academician E. A. Paton. The oldest of the existing motor transport bridge crossings. A tram line was laid across the bridge, along which regular tram traffic was carried out between the center and the left-bank districts – Darnitsa, Rusanovka and the Voskresensky massif. Until now, it has been dismantled and replaced with an additional automobile reverse lane to increase the capacity of the bridge. Metro Bridge
Opened November 5, 1965. It is a two-tier structure for the movement of metro trains (upper tier) and vehicles (lower tier). Located near the location of the destroyed Chain Bridge. It is a continuation of Brovarsky Prospekt – part of the E95 highway. 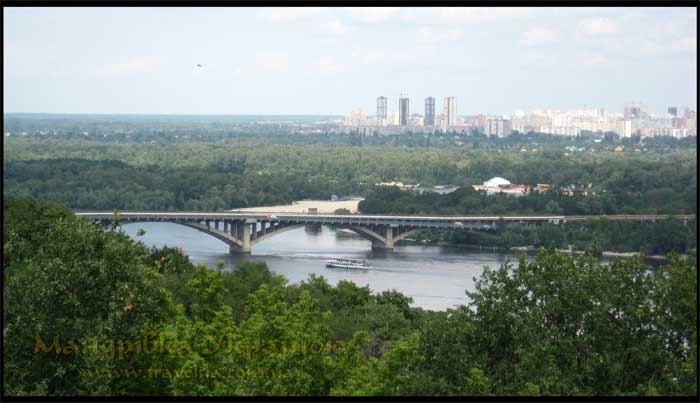 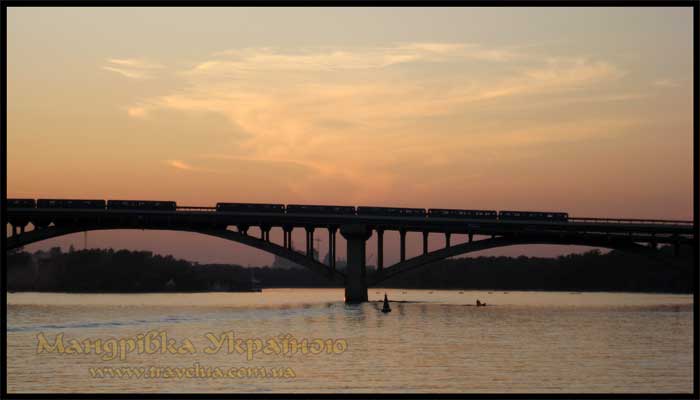 The construction of the bridge began in 1983, and commissioning took place only in the early 90s. The longest, widest and highest bridge in Kyiv. Length 8km, width 40m. A subway tunnel passes through the bridge (Syretsko-Pecherskaya line). It is located in the south of the city (for which it got its name). Connects st. Saperno-Slobodskaya, Capital highway, st. metro Vydubychi (right bank) with Bazhan Avenue (left bank, Kharkivsky, Poznyaki massifs). Part of the E40 highway. Opened in December 1976. It consists of three parts: a cable-stayed bridge across the Dnieper with a length of 816m, a bridge across the river. Desenko River and an overpass over the Slavutych Embankment (Obolon) 55m long. It had three lanes for vehicular traffic in each direction and one reverse lane. Starting December 24, 2007, the reversible lane is replaced by a fender due to the increased accident rate on the bridge. Construction began in 1870. During the Second World War, it was destroyed, and after the liberation of Kyiv, it was restored in 1949. The length is about 1.5 km. It is the main railway bridge. Through it, regular railway communication is carried out in the east direction (Kharkov, Donetsk, Moscow, etc.). It also transits many international trains. 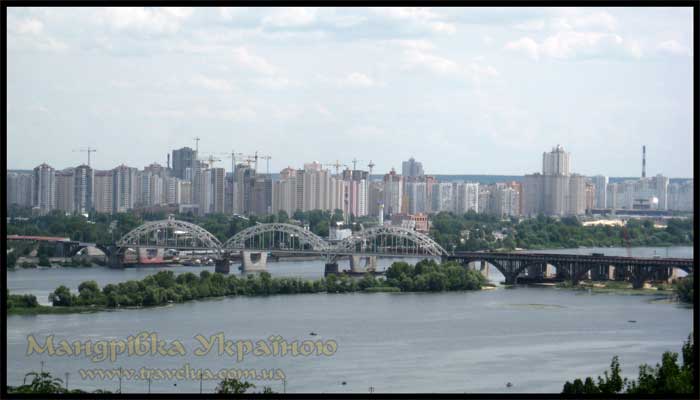 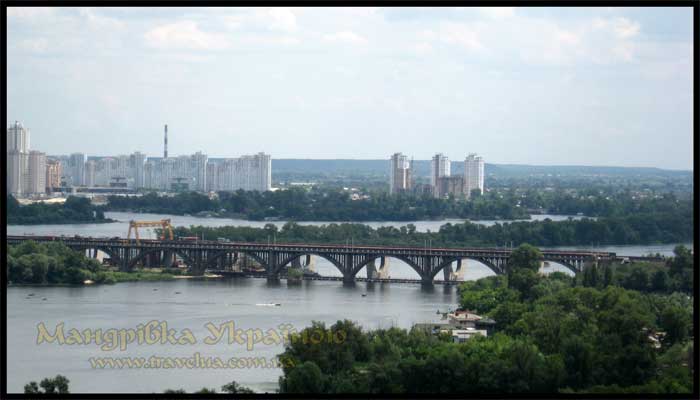 You can order a tour of Kyiv from local guides.

In order to see more housing offers, we recommend adjusting the map scale to your device. Hover over the price rectangle for information about the accommodation and click to go to the booking.